The PNFS celebrated its 100th birthday in 1994. Those first 100 years were recorded in a 52-page booklet A Century of Footpath Preservation which was published by society in July 1994.

The booklet tells a fascinating story. It was originally on sale for £2 but is now available as a free download. 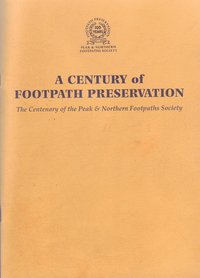 The downloads on this page are in PDF format. Most modern computers can open PDF files. Older computers might need additional software. The most popular software is Adobe Reader, which you can download from Adobe's web site. 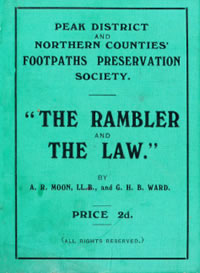 The Rambler and the Law,
published by the society in 1913, price 2d. 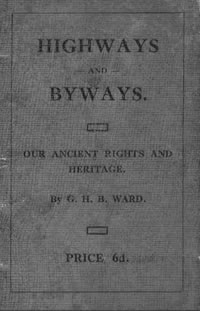 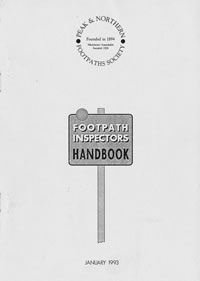 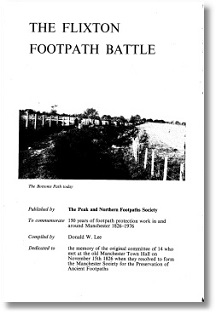 A Precursor to PNFS
The battle for the Bottoms Path as described
in Don Lee’s 1976 pamphlet led to
the formation of The Society for the
Protection of Ancient Footpaths in 1826.
This was wound up in 1896 and its funds were
transferred to the Peak District and
Northern Counties Footpaths Preservation Society.

Regular Publications Over The Years

More history of the society can be gleaned from our regular publications: 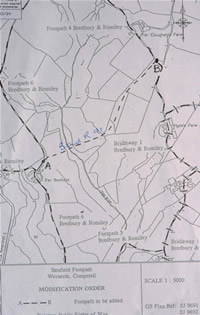 A map of the Benfield path, an ancient right of way originally used by mill workers & the subject of PNFS's first legal action. 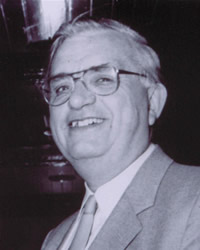 Derek Taylor, a former secretary of PNFS. Our Taylor House office is named in his honour in recognition of the contribution he made to the society. 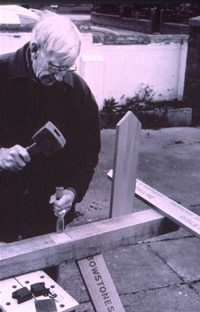 Bill Johnson working on the construction of a wooden sign for Kettleshulme at Taylor House. 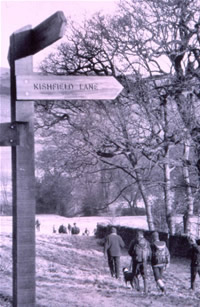 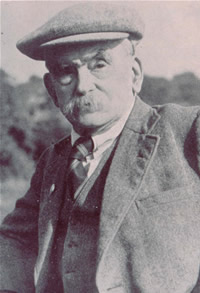 Bert Ward, a lifelong campaigner for access to the Peak. He was the founder of the Sheffield Clarion Ramblers and the Hallamshire Footpaths Preservation Society.

Bert Ward being presented with 'Wards Piece' in 1945 - the deeds to 45 acres of Lose Hill, in recognition of his work campaigning for access to the Peak. 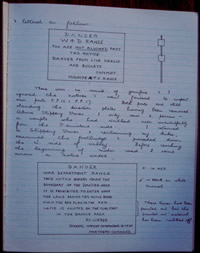 During the Second World War, most PNFS signs were removed and some replaced by War Department notices. This illustration is from the notebook of a dedicated but anonymous PNFS inspector who kept a check on these changes.