'Bizarre' Magistrates Court Hearing in Salford - if further confirmation were needed of the wholly unsatisfactory nature of the use of Magistrates Courts for dealing with footpath matters, it came conclusively on the 13th, 14th and 15th of December. Forward thinking authorities long ago abandoned the magistrates court for making extinguishment and diversion orders. Unfortunately, Salford, Manchester and Stockport Councils still believe this route to be appropriate. It is not!

At this most recent hearing, even the District Judge commented on the bizarre nature of the situation before him. Nearly twenty years of inaction and lack of enforcement by Salford Council did not prevent the extinguishment of part of a public highway at Ellesmere Road, Eccles. The District Judge said that there were times when the law was just inexplicable. We agree with him!

The net result has been the loss of important rights to part of the highway in a conservation area, which will result in what is left of the highway 'not being suitable for the use that the public wish to make of it'. 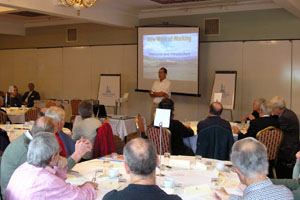 Agents/Inspectors' Conference 2006 - a record 74 people attended our conference held on 15th November 2006, including some new Inspectors and prospective Inspectors. Everyone seemed to enjoy themselves and they certainly worked very hard in the discussion groups and produced some valuable feedback. Overall, the conference endorsed the proposed need to change our ways of working in all matters related to the Public Rights of Way Network.

The new operation using Area Officers and Inspectors will be piloted in five areas from January 2007. 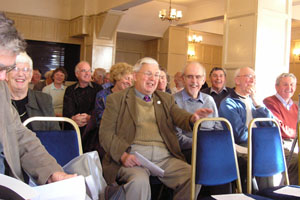 Half-Year Meeting of the Society – the half-year meeting was held on 25th November 2006 and was a pretty lively affair. The Officers presented their individual reports and then a report was given on our recent 'New Ways of Working' conference. Following a detailed explanation of the changes that had been agreed at the conference, the meeting was invited to endorse the proposals on behalf of the membership. This was done with no objections.

An 'Open Forum' followed and there was discussion on a number of topics, ending with a re-statement of the Society's recent policy amendment regarding 'technical issues' being raised for the first time at a Local Public Inquiry. There was general agreement to this from the floor. 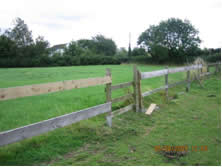 Section 63 Notices Continue – the Society has continued with its 100% success rate on serving s63 notices to get certain types of obstruction cleared. We have now served over 20 notices and this policy will continue.

The latest notices were served on Doncaster MBC for an obstruction on Thorpe-in-Balne 5 and a series of six notices on Bolton Metro for various obstructions on the same footpath.

Membership at all time high –
since the membership was reported at 1100 earlier in the year, steady progress has been maintained. The current number as we move towards the end of the year is 1150. However, there is no resting on laurels to be done! We must continue to take every opportunity to encourage new members and we must not forget our Affiliated Societies, they are very important to us as well.