Sir Martin Doughty (pictured below), a Vice President of our Society has generously funded three new signposts in the New Mills area. Sir Martin, who is also chairman of Natural England, lives in New Mills and the location of the signposts have been chosen to give directions to New Mills, two via the impressive Millennium Walkway and the third shows directions from Shaw Farm. 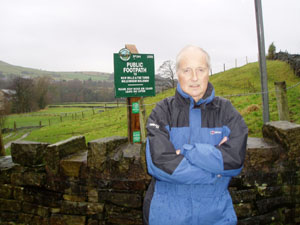 A short ceremony with Sir Martin and Officers of PNFS took place on Monday 8th December at Gowhole Farm, Furness Vale where signpost 344 is located to mark the handover of the three new signs. 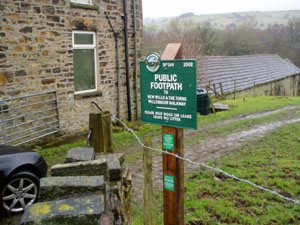 Latest photos from John Harker, Area Officer for parts of Derbyshire showing new gates on Killamarsh 43. Two new wicket gates and two new kissing gates have been installed as a result of serving four section 130A notices on Derbyshire County Council to remove four offending fences and hedges. The obstructions were first reported in 1993, so success has been achieved after 15 years! 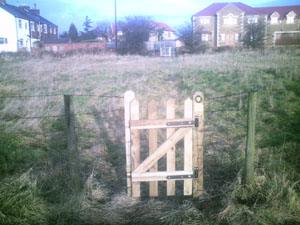 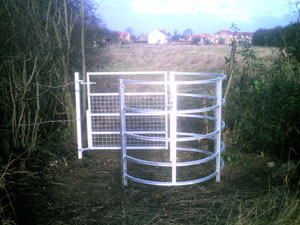 A new gate erected on this path, previously blocked by a barbed wire fence: 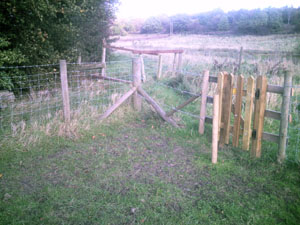 Moves are afoot to clear urban ginnels on this path currently blocked by vegetation. Watch this space! 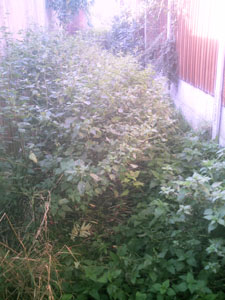 PNFS encourage all members to participate in the Peak National Park Authority survey of recreational use of the Park. In particular, the Society requests members make their views known about the abuse of Rights of Way by off-road vehicles.

The survey is available here.

(Hint to avoid error messages on Question 2 - you need to check an option against each activity listed, even if your answer is 'Never')

We understand that some intrepid individuals are still trying to complete the Signpost Challenge to visit all known PNFS locations which we launched in 2007. We've therefore decided to extend the challenge until the 2009 AGM - you can find more details, including a new text list of PNFS signpost locations (as at December 2008) here.