A major victory for PNFS

A major victory for PNFS

In 1994 the Society began a battle to reinstate a public footpath at Browns Houses in Silverdale. The owners had denied walkers entry through a gate at the western end of the path on to a track above the sea wall. Silverdale residents and visitors had used the path for many years and this use had been accepted by previous owners. The Definitive Map shows public footpath Silverdale 14 passing through the sea wall over a rocky outcrop and ending on the foreshore, whereas the accompanying statement described it as ending at the county road near Browns Houses. The Society’s case was that the line of the path shown on the map was a drafting error which needed correcting so that the map and statement agree.

The final stage of the battle took place at Carnforth Civic Hall over a period of four days in January where Terry Norris representd the Society. Lancashire County Council applied for an Order to add the path from the gate along the track to the Definitive Map. 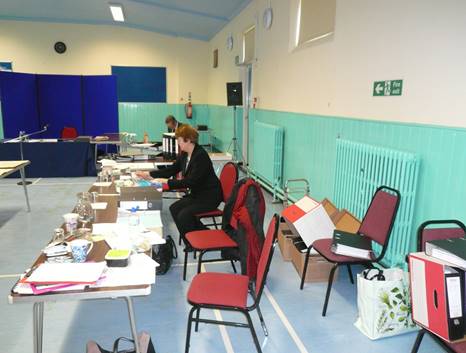 The case for confirming the Order was based on voluminous documentary evidence including maps from the eighteenth century onwards and the material produced by Silverdale Parish Council during the process of drafting the original Definitive Map in the 1950’s. Also the Council produced evidence from those who claimed to have used the route as a public footpath in the 20 years before the public’s use was challenged. Two witnesses appeared in person at the inquiry, both local residents in their 80s, one of them being a longstanding member of the Society. The objectors’ case was simply that there had never been a right of way through the curtilege of Browns Houses and that the correct route was along the foreshore. They also relied on a private notice on the gates leading to the track above the sea wall. This had been in place since the 30s but it was not clear that it applied to the pedestrian gate at the side of the field gate.

We have now heard the decision of the Planning Inspector who presided over the inquiry that the Order should be confirmed.

This is a tremendous victory for the Society and in particular for Terry Norris, Courts and Inquiries Officer, who has pursued this case for many years. Well done Terry!

The landowners have 6 months to apply to the High Court if they believe there is any technical reason why this order cannot be enforced.