‘The photographs below show new Public Footpath signposts erected recently by Sheffield City Council on a non definitive footpath not far from where I live. It is well used by locals and has had ‘A’ frame stiles at both ends for years. The Car Brook, which runs through the site, is part of the historic boundary of the Sheffield Deer Park at Manor Lodge which was owned by the Earls of Shrewsbury and the Dukes of Norfolk. Mary Queen of Scots stayed at the Lodge during her time as a prisoner in Sheffield.

The footpath runs from Fishponds Road to Spinkhill Avenue on the Woodthorpe estate, through part of Car Brook Ravine Nature Reserve which is council owned & managed by the Sheffield & Rotherham Wildlife Trust. I am also a Trust volunteer who monitors the Reserve.

I persuaded the Council to dedicate the footpath as public and it will be adopted by the Rights of Way Unit and added to the Definitive Map & Statement (DM&S) by means of a Legal Event Modification Order. 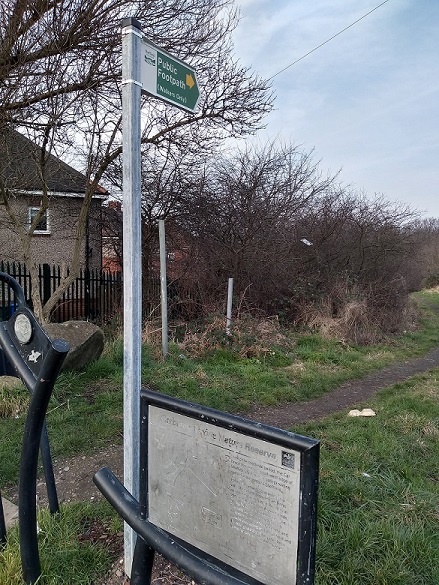 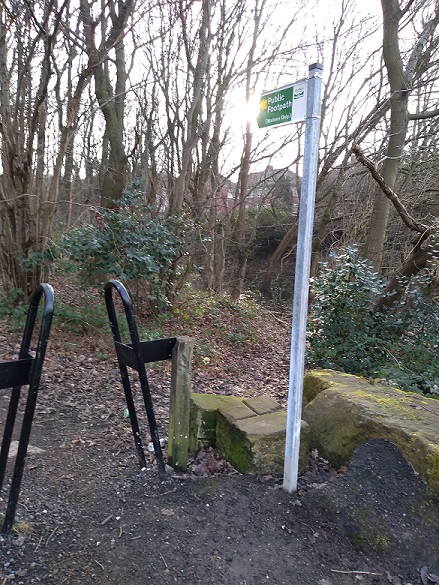