The footpath around Ward’s reservoir, often referred to as Blue Lagoon, was a popular local walk in Belmont a few miles north of Bolton. But the circular walk had become impassable since the old bridge was dismantled more than five years ago which spanned the ‘Great Gutte’ – the inlet stream into the reservoir. There was also a landslip which had made the path dangerous. and there were planks missing on the bridge over the outlet to the reservoir. The Belmont Residents Association had been pressing Blackburn for a solution to this issue without making any progress for a number of years.

When the Belmont residents contacted PNFS, one of the trustees went out to look at the problem last November on one of the wettest days of the winter. The inlet stream was a torrent. We indicated that PNFs would be willing to fund a new bridge (subject to Trustees approval) providing Blackburn fixed the other problems on the path. 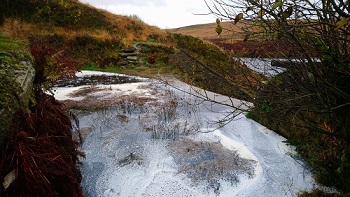 The PNFS new bridges officers, Nigel Howe, visited the site again in March with officers from Blackburn council. A way forward was agreed and now, only six months later, all three long-standing problems have been fixed. 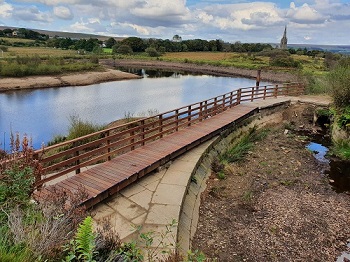 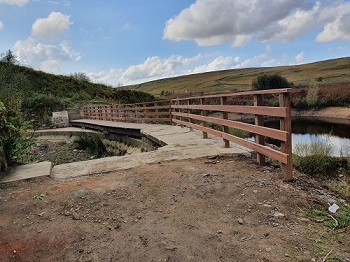 PNFS has earned a lot of kudos for helping to find a solution that will enable locals and visitors to enjoy the circular walk around the reservoir. PNFS can be proud of what has been achieved thanks to the funds that have been donated to the Society in recent years.