For getting three new paths added to the definitive map. Some years ago Eileen made a claim to have three paths added to the Cheshire definitive map. She had all but forgotten her claim when Chesire East BC wrote to inform her that they had made a Deed of Dedication to create the claimed paths. The new Poynton with Worth 95 runs NE from Anglesey Drive (SJ 9235 8484 [map]) for 340 metres to Towers Road (SJ 9248 8515 [map]). Two shorter paths, Poynton with Worth 96 & 97, are spur paths off FP95. If you would like further information please contact Cheshire East Borough Council, Westfileds, Middlewich Road, Sandbach, CW11 1HZ.

Sometimes the threat is enough

It is often the case that a Society Inspector reports a problem to the relevant Highway Authority only to become frustrated when little or no action is taken for many months. We recently had two such cases where the Inspector contacted our Courts & Inquiries Team.

The team assess the issue and if appropriate approve action. The next step is a ‘Letter before Action’ which often brings a swift response. That was the case when Tony Brackenbury brought Chapel en le Frith 66 to John Harker where a trailer and other miscellaneous material often blocked the path. John’s letter received the response that a s143 had been issued by DCC on the landowner. So far it looks as if this has been enough to prompt the owner into action rather than facing a ‘bill’ from DCC who could have sent contractors to clear the path if action had not been taken.

Terry Norris had to take things a little further when Pat Thomas reported Hyde 127 as out of repair. The letter before action did not bring a response and Terry duly issued a s56 Notice on Tameside. The response to the notice confirmed that the path was repairable at public expense and the assurance that a contractor had been appointed to carry out repair work. The before and after pictures, below show the final outcome.

So the moral is: ‘don’t feel frustrated if your reports don’t get results’, raise the matter with the C&IO team who will assess the problem. 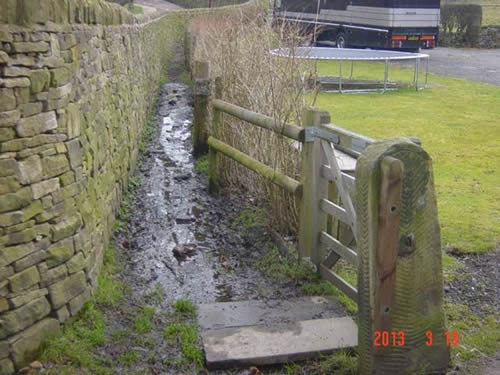 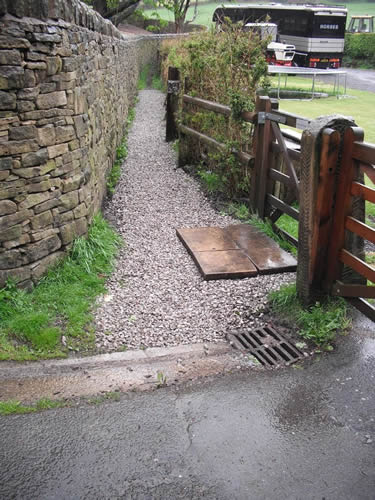