In March of this year members of the Society were enjoying a walk around Saddleworth when they encountered the stile pictured below when ascending Higher Stanedge. This stile proved very difficult to get over. One member of the party was even forced to crawl underneath to get past the ‘stile’. A complaint was duly made to the highway authority requesting that the stile be put into good order by the landowner. The officer responsible for public rights of way approached the landowner but to no avail. 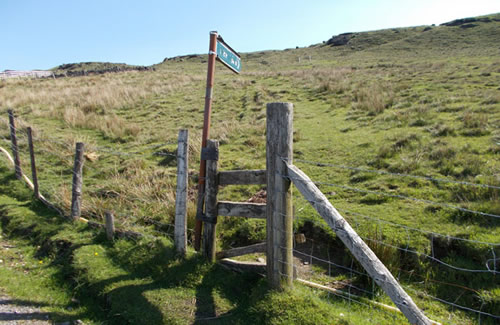 As the stile was so difficult to negotiate it amounted to an obstruction. Thus as Courts and Inquiries Officer I obtained authority from the Society to serve a section 130A notice on the Council. This has the effect of forcing the Council to comply with its legal duty under s130 of the Highways Act 1980 to assert and protect the rights of the public to the use and enjoyment of any highway for which they are responsible (wonderful words!)

It then transpired that the stile was not on the definitive line of the footpath, it having been unofficially diverted by the landowner. This prevents the use of the s130A notice procedure. However under another provision of the Highways Act, section 146 the Council can themselves serve notice on the landowner to put a stile into proper repair. If this notice is not complied with they can then recover three quarters of the cost of repairing it themselves. This applies even if the stile is on a non definitive path, providing it is on a public right of way. Here the diversion hadbeen dedicated to the public by the landowner providing the stile and moving the signpost.

The dedication has been accepted by the public using the path over a long period. Thus the path has public status. The Council again approached the landowner to make the stile fit for purpose. The landowner pleaded lack of funds. The Council then told me that matters would have to wait until they had sufficient funds to employ a contractor to repair a number of stiles at the same time. 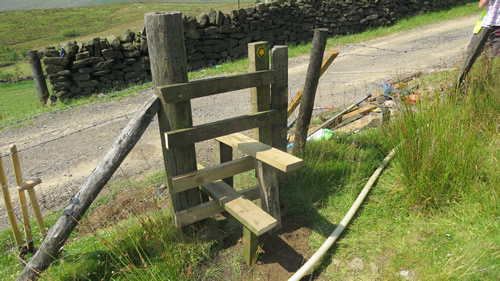 The stile is now in a good state of repair. Why? Martin Riley the local inspector, who was on the walk in March and Terence Cavanagh, a long standing member of the Society and a former public rights of way officer went out and repaired the stile themselves. The result is as shown in the photo. A job well done, but no thanks to the Council.

Next: Advice for Walkers