Kate Ashbrook, General Secretary of the Open Spaces Society, was lavish in her praise when she spoke at our recent Half Year Meeting. Describing the Society as the hammer of the North, she said: “We are indebted to the PNFS and its 94 path inspectors for defending the public-path network across Northern England.

“The inspectors report problems and the society is prepared to get tough with councils which do not carry out their statutory duties on public paths, and to threaten legal action if necessary.

“But green spaces too are under threat,” she said, and urged members of the Society to consider applying to register land as a town or village green where they have suitable evidence. “Where land has been used by local people for informal recreation for 20 years, without being challenged or interrupted, those people can apply to register the land as a green,” explained Ms Ashbrook. “Once the land is registered, local people have rights of recreation there and the land is protected from development. 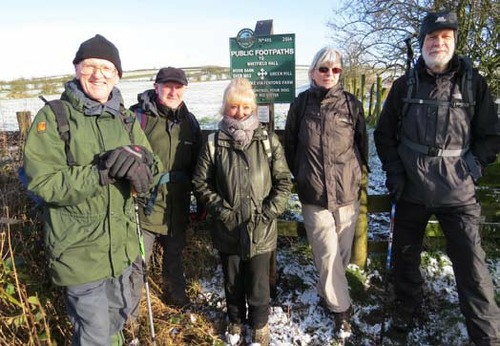 “However, if the land is already threatened with development, it is now too late to apply to register it. The Growth and Infrastructure Act, a developers charter which was passed last year, put paid to that. The trick is to get in ahead of the developers, and I strongly urge you to consider now what land in your area might be capable of being registered and to waste no time in applying for registration.”