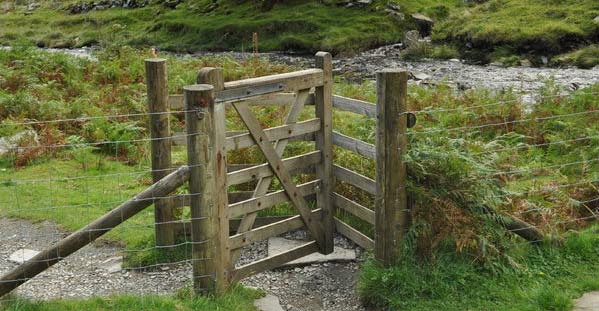 The article by Terry Norris in the last issue about replacing stiles with kissing gates certainly created a lot of interest. I received more correspondence on this than on any previous item; it was discussed robustly at the AGM; and the Management Committee has devoted a lot of time to it. The views of correspondents range from: leaving well enough alone since climbing stiles is an essential part of the joy of walking; to replacing stiles with cattle grids since even gates are a nuisance. But the general consensus is that there are places where it would be quite inappropriate to replace a stile and other places where a single gate could enable access to many miles of footpaths, and that each case should be dealt with on its own merit.

Two other very important factors must be considered. Firstly, the Equalities Act of 2010 requires that Highway Authorities make reasonable adjustments to ensure that disadvantaged people can enjoy using public rights of way. To this end the Society will always insist that any structures on new or diverted paths will be as unrestrictive as possible. Secondly, those structures are legally the responsibility of the owner of the land on which they stand and by replacing them at its own expense the Society would be subsidising the landowner. This does not preclude an individual member paying for a new gate or leaving a legacy for that specific purpose, as in the Cotswold Society’s ‘adopt a gate’ scheme.

Courts and Inquiries Officer Rhoda Barnett has drafted a policy, which is presented here along with the general background and some of the issues still to be resolved. This policy will be discussed at the forthcoming Half Year Meeting, and in the meantime you can communicate your thoughts to Rhoda by email – rhodabarnett@tiscali.co.uk – or by writing to her at Taylor House

Highway, Planning and Access Authorities have obligations under the Equality Act 2010; these relate to anyone who has a physical or mental impairment that has a substantial and long-term effect on his or her ability to carry out normal day-to-day activities. Such impairments include mobility difficulty, poor sight, learning difficulties, manual dexterity etc, and such activities include walking. Specifically, the Act requires Highway, Planning and Access Authorities, in carrying out their functions, to make reasonable adjustments to ensure that it is not impossible or unreasonably difficult for people with disabilities to benefit from those functions as others would do, or they must show that there are good reasons for not so doing. They must also advance equality of opportunity even if it means treating some people more favourably than others.

One of the functions of Highway Authorities is to assert and protect the right of the public to use and enjoy highways. The Equality Act 2010 applies to this function.

Structures may be legally installed on rights of way to control the movement of stock; to safeguard people using the way; at locations where the public accepted the presence of a structure on the way when the way was dedicated to the public (i.e. a historic limitation to the public’s right to use the way); or if a creation agreement or order specifies the installation of a structure. Structures may also be installed to enforce a Public Spaces Protection Order or a Traffic Regulation Order. Such structures include stiles, gates, bollards, rails, chicanes and cattle-grids. 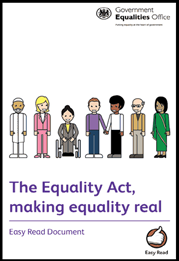 For the less mobile, the difficulties caused by gates and stiles can be a significant deterrent to using public rights of way, so that such people are unable to gain the benefits of enjoyment and improved health and well-being which are available to more mobile people. This also applies to other users such as carers with young children in push chairs.

Defra guidance to Authorities is that if a structure is essential, it should be the least restrictive to users of the way that is consistent with the landowner’s requirements. When the installation of a structure is included in an agreement or order, or is authorised by the Authority, its standard and design should be specified. This can be a British Standard including the version of this standard e.g. BS 5709:2006, or a locally adopted standard, e.g. one which complies with the Equality Act 2010 provisions and has been agreed by users and landowners and included in a Rights of Way Improvement Plan or other official document. The installation of structures to enable access for walkers to designated open access land is less prescribed, but the provisions of the Equality Act 2010 apply to all the functions of all local authorities.

Is it sensible to provide a gate if the remainder of the path is inaccessible to walkers with impairments on account of its gradient, surface etc, where this could not be reasonably improved?

Would replacing one stile on a path with a gate and leaving other stiles really improve the access for the disabled? Perhaps we should follow the LDNP’s ‘Miles without Stiles’ initiative where they improve every structure on a route to make it accessible to all.

Would members accept us gifting structures paid for with members’ money to landowners? This might be seen as analogous to the Society paying for a bridge, but bridges belong to the Highway Authority and are specifically mentioned in the constitution. To pay for other structures would need an amendment to the constitution by adding ‘gates and stiles’ to section 4 (1) (d).

If we retained ownership of the gates rather than gifting them to the landowner we would have to consider the problems of maintenance and legal liability.