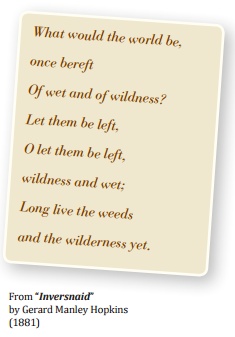 One of the biggest news stories of the year has been the unprecedented flooding, especially in the north of England. Places like Hebden Bridge, the Calder Valley and Carlisle have been devastated yet again, and much has been made of the need for greater flood protection. But I believe, as do a number of leading environmentalists, that the greater need now is for longer-term flood prevention.

In a time of obvious climate change, the management of land in the catchment areas upstream of the flooded towns and villages becomes vitally important. The creation of heavily Government-subsidised burned and drained grouse moors, such as the Peak District and other areas covered by the Peak & Northern, undoubtedly increases the risk of flooding further downstream.

But in 2014, as essential public services were being savagely cut back, the Government quietly raised the subsidies to moorland owners by a staggering 84 per cent.

The Guardian’s George Monbiot has described the managers of our grouse moors as treating them as “giant chicken runs.” They drain the land, eradicate predators, and burn the heather to stimulate the young shoots on which the grouse feed, only to be later shot by an elite paying thousands of pounds a day for the privilege.

This was known in Euro-speak as keeping the land in “agricultural condition”, and in simple terms, it means that if the managers don’t keep the hills bare, they don’t get their money. It also means that “permanent ineligible features”, such as scrub, woodland, bogs, ponds and other features which harbour rare wildlife and hold back floodwater, have to be cleared. Despite the “Brexit” vote in June, it appears most of these regulations will stay in force for the foreseeable future. 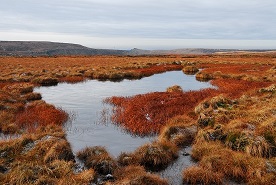 To their credit, bodies such as Moors for the Future and the National Trust have realised the short-sighted folly of this policy, and are actively re-wetting and re-wilding moorlands such as those on Kinder Scout and Bleaklow.

Re-wilding is yet another controversial policy, and has included the successful re-introduction of animals like beavers in Scotland and elsewhere.

The problem that Britain has is that the country no longer has a top predator – if you discount humankind. Wolves were exterminated in this country in medieval times, although their former presence is still recalled in place names like Wolve (also known as Wove) Hill on Kinder Scout and Wooler Knoll near Hope Brink in the Woodlands Valley.

The most successful re-introduction of wolves has been to the Yellowstone National Park, on the borders of Montana and Wyoming. Almost overnight, by a process known as a “trophic cascade” they have re-adjusted the balance of Nature.

The wolves’ predation on the out-of-control elk population has encouraged the growth of trees on riverbanks, providing better conditions for insects which are fed on by songbirds, and cover for reptiles, beavers, muskrats and otters. The returning trees have also stabilised the riverbanks, reducing the rate of erosion and narrowing their widths, creating better breeding conditions for fish.

The over-population of red deer in Scotland and other places is becoming a problem very similar to that of the Yellowstone elk. If we can overcome the irrational fears generated by the “big bad wolf” fairytale – and it really is just that – maybe someday we will see wolves roaming freely again on Wolve Hill and Wooler Knoll?

Roly Smith is president of the Outdoor Writers’ and Photographers’ Guild (OWPG) and a member of the British Guild of Travel Writers. He is also Commissioning Editor for Frances Lincoln Publishing, a freelance writer, editor and media consultant, and the author of over 80 books on walking and the countryside. Based in Bakewell, Roly was formerly Head of Information Services with the Peak District National Park, the busiest in Europe. He was recently dubbed ‘Mr Peak District’ in the local press. Previously he enjoyed a 20-year, award-winning career in daily paper journalism, latterly with the Birmingham Post and Mail. He was chairman of the OWPG for 11 years before being elected its president in 2001, and an honorary life member in 2006. He is vice-president of the South Yorkshire and North East Derbyshire area of the Ramblers’ Association, and a regular contributor to outdoor and heritage magazines. Roly is also a regular author and contributor to a variety of publications produced by the AA, Readers’ Digest and others. He is a media consultant to Baseefa Ltd, editor of Archaeology & Conservation in Derbyshire and a member of the editorial panel for Wild Derbyshire. He has organised the last three anniversary celebrations of the Kinder Scout Mass Trespass, and his book on Kinder won the Alan Ball Local History award from the Libraries Association.