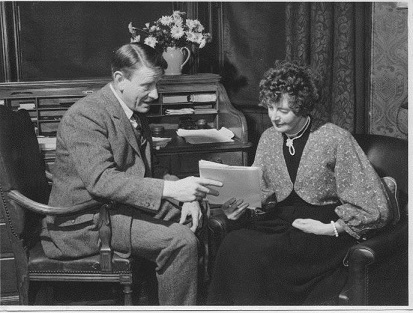 The current Peak District National Park boundary is almost identical to the one drawn up and proposed by the Friends of the Peak District founders – Ethel and Gerald Haythornthwaite – nearly 80 years ago.

It was resolved at its meeting in May 1937 that the Peak District Campaign to Protect Rural England (CPRE) branch (which later became the Friends of the Peak District) should pro-actively map the areas which were suitable to be included in the park.

After agreeing that national parks were not going to be ‘merely a national playground for townspeople’ and that landscape preservation, access and open-air recreation and protection of wildlife were all of equal importance, a group of local experts set to work. They examined maps, explored the proposed boundary on the ground and engaged in many discussions and disputes before the boundary was finally agreed. It is thought that Ethel circumnavigated the whole route on horseback before committing it to the map

Then in November 1938, a group of organisations, including CPRE, the Ramblers, and the Peak & Northern Footpaths Society, met at the Church Hotel in Edale (now the Ramblers pub) to begin the campaign for the Peak District National Park.

The Haythornthwaite’s work to protect and preserve the outstanding natural beauty of the Peak District continues to this day. New developments – housing, road building, quarrying, off-roading, overhead pylons and cables, and most recently, fracking, threaten to damage or destroy huge areas of our national park still.

Friends of the Peak District is committed not only to campaigning against unsuitable developments which threaten the rural environment, but also to educating the public about the natural environment and the damage being caused by uncontrolled development.

During their 90th anniversary year in 2015, the Friends’ five staff were asked to generate ideas for sharing the charity’s history, for raising awareness of its work, and ideally for raising much needed funds to enable its work to continue.

And so, the idea of the boundary walk was born. Julie Gough, the Friends’ marketing and fundraising co-ordinator, is a keen walker and wanted to highlight the whole national park because many people are unaware of its full extent.

This new, 192 mile, long distance walk which never strays far from the official park boundary celebrates not only the huge diversity of our first national park but also its historical significance. Hopefully, it will also increase awareness of the Peak District’s beautiful landscape and encourage people to cherish and protect it. 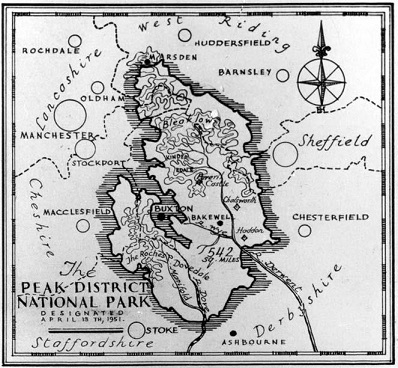 Mile for mile, the Peak District Boundary Walk has more undulations than the Pennine Way but it always follows existing paths, tracks and quiet lanes. By its very nature, it doesn’t explore the inner glories of the Peak District. Instead walkers will find themselves away from the crowds and common hotspots, in quieter, less well known but still stunning corners of the park: from dramatic crags and open moorland to quiet woodlands and rushing streams, plus a few squelchy bogs and farmyards!

ot unlike the original national park boundary pioneers, the boundary walk has been a truly collaborative project. After mapping the approximate route on paper, volunteers walked it on the ground and made many improvements using their local knowledge. Where possible, the route follows the boundary itself. Where this is not possible, the route strays into the park rather than out of it.

As with the original setting up of the Park, there are likely to be many debates and disputes as to where the route for this boundary should and should not go. But at the moment it’s where the Friends of the Peak District, like their founders before them, say it should go!

It is envisaged that some long distance walkers may enjoy the challenge of walking all 192 miles in one go, but the route has been divided into manageable stages which are more accessible to walkers who prefer to explore the park boundary in smaller day-long walks (of approximately 10 miles each).

However you choose to walk the Friends’ Peak District Boundary Walk, the start and end points of each stage have been chosen with walkers in mind. They have at least a bus stop or car park, a toilet or a shop…at the time of going to print anyway. The route diverts sometimes to accommodate amenities at the beginning and end of stages but walkers are encouraged to enjoy the walk and the scenery in their own way and may choose to start and stop where they like.

Now that the whole walk has been finalised and is being committed to print, the Friends need to tackle the task of installing waymarking on the route on the ground.

The walk and its accompanying book, edited by Andrew McCloy, will be launched in Buxton on Saturday 17th June 2017 when groups of walkers will ‘first-foot’ the route and declare it open as they go.

If you’d like to help us with waymarking, or join the first-footing walk on launch day, please do get in touch with Julie Gough at the Friends of the Peak District on 0114 279 2655 or julie@friendsofthepeak.org.uk

Love the Peak? Help us protect it

The Friends of the Peak District work to safeguard the National Park landscape for the future, by encouraging others to enjoy, understand, value and protect it.