The Struggle for Unrecorded Rights of Way - Lost Ways 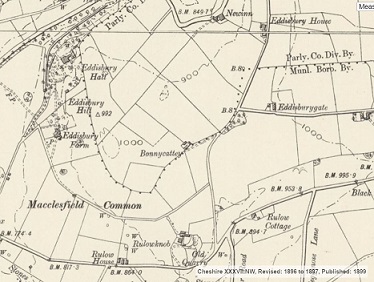 As many Signpost readers will know, a deal was done with the CROW Act, 2000. The Act gave us vastly increased access to moors and hill country, for which PNFS and its predecessors have fought long and hard. The price paid was a deadline for claiming rights of way that were not already on the definitive map. In some areas, hundreds of routes have never been recorded. Claims, using historical evidence such as tithe maps, Enclosure Awards, Finance Acts records, must be made by 2026.

PNFS has a long history of fighting for rights of way. That history of the struggle to secure walkers' rights, the core raison d'etre of the Society, is being extended today in the campaign to restore 'Lost Ways'. You can join this campaign by (a) identifying any routes that you think might be unrecorded rights of way, (b) gathering the necessary historical evidence to support the claim, and (c) making claims. We need as many PNFS members as possible to get involved with this campaign. If you love old maps and believe that rights of way must be saved, why not get involved? The Society will support and advise with each step in the process.

The Society now has a Policy which declares that 'We wish to ensure that, within the PNFS area, as many applications as possible for modification orders to record 'Lost Ways' are submitted to the relevant surveying authorities before the cut-off date.' It goes on to say that 'PNFS asserts that the public has a right to use routes which are historic PROWs, whether or not they have been recorded on the definitive map' and 'PNFS will strive, within its resources, to support recording of lost ways'.

The Society wants to pursue this aim in collaboration with other groups with a common interest in claiming Lost Ways - such The Ramblers, the Open Spaces Society, and in relation to bridleways, with the British Horse Society. 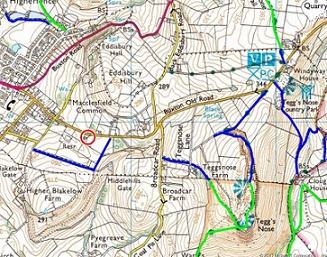 A working group has been established and we are currently identifying the whereabouts of the necessary maps and historical documents. Contacts have been made with other interested groups, and as a result we are participating in the BHS Project 2026. This gives us access to a web-based database on which any volunteer can register a route they want to claim and keep track of progress made in identifying documents. This database has been developed successfully in Cornwall by Adrian Bigge, and we will be seeking to use the software in our PNFS area. Mel Bale will be administering the Derbyshire database.

As a first step we would like to hear from you to declare your interest. We will then keep you informed on how to pursue claims for Lost Ways. Please send an email to the Society or directly to David Gosling at this email address dwg@davidgosling.net..