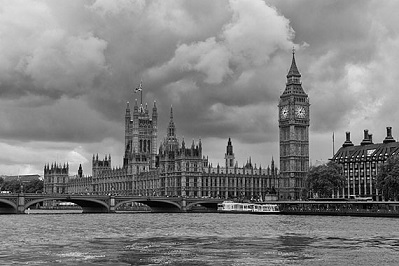 This Committee was set up in June 2017 to consider and report on the effectiveness of the provisions in the NERCA 2006, and how improvements could be achieved by new guidance or legalisation. Section 67 of the Act was aimed at stopping the expansion of the number of unsurfaced routes on which public rights for use for mechanically-propelled vehicles (MPV rights) were being legally recognised, based on the existence of ancient rights for the public to use horse-drawn carts. The 2006 legislation extinguished public MPV rights on all routes which were not shown on a Definitive Map and Statement, or were shown as footpaths, bridleways or restricted byways. However, provision was made for certain exceptions to this extinguishment, one of which was if the route was shown on the highway authority's List of Streets, which is a list of highways maintainable at public expense.

This exception was included to prevent public MPV rights from being extinguished on the "ordinary roads network", which would of course have been nonsensical. Unfortunately, many unsurfaced routes, used and enjoyed by walkers, are not on Definitive Maps, but are termed "unsealed, unclassified county roads" or UUCRs, and are included in Lists of Streets and shown as "ORPAs" on OS maps. MPV rights over these routes have not been extinguished, so they can be, and are, used by motorised vehicles. On some routes which are wide, relatively straight, and naturally stone-surfaced or well maintained by the highway authority, this use does not seriously affect non-motorised users, but the surfaces of many routes are easily damaged and the authorities do not have the resources to maintain them properly. Walkers, cyclists and horse-riders can be placed in danger, or their enjoyment greatly reduced by difficult surfaces, dust, fumes and visual and noise intrusion, or they are prevented from using the routes. The government wishes to promote countryside recreation for health and well-being, and the use of non-vehicular routes for safe, sustainable transport, but recording public rights for use by motorised vehicles on UUCRs acts directly against these laudable aims. 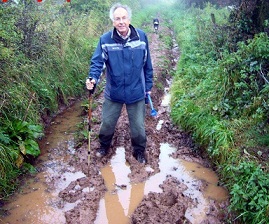 UUCR reclassified as a BOAT with public MPV rights

The PNFS response to the Select Committee consultation has therefore included the suggestion that all UUCRs are automatically legally reclassified as restricted byways, with no rights for public MPV use - private rights for landowners would be retained. We have also asked for better guidance on the making of Traffic Regulation Orders by highway and national park authorities, so that MPVs can be more easily excluded where necessary from vulnerable Byways Open to all Traffic (BOATs) which do carry MPV rights. Many other organisations, such as the Peak District Green Lanes Alliance, of which PNFS is a member, have made similar comments. We wait to see if anything changes as a result.

Next: DEREK WILLIAM SEDDON – An appreciation