Tougher policy for dealing with path faults in Derbyshire

You will be aware that most, if not all, highway authorities have, over the past few years, drastically cut the resources which they give to the management of public rights of way (PRoW) and other countryside access. Derbyshire County Council (DCC) is no exception: a 33% reduction in staff and a 50% reduction in finance for the rights of way section. It is inevitable that the Council must prioritise its activities. However, DCC and the Society do not agree about the priorities which DCC has adopted. We feel that the duties of the Council, especially the s130 Highways Act 1980 duty "to assert and protect the rights of the public to the use and enjoyment" of highways, including PRoW, should have priority over powers, such as the power to make diversion orders in the interests of landowners where there is little or no public benefit.

I have exchanged many emails with the DCC rights of way manager about this, but his view remains that DCC does not have to provide resources to exercise its duties fully; nothing is forgotten, but some things will wait because "overall the public and locals are not bothered".

This ignores three things. Firstly, the courts have consistently stated in a variety of contexts that it is no defence in law to fail to carry out a legal duty that there are no resources to do. How the Council carries out its duties is another matter. If DCC produced to the court a clear schedule indicating a plan of works to resolve a problem on a path, the court might be satisfied, and the Society would welcome this as well. However, that’s a long way from saying that lack of resources can be a blanket defence. Secondly, the Society's Inspectors quite reasonably have an expectation that their concerns about path faults will be taken seriously, even if the Inspectors are not "locals", and not dismissed as of little importance. Thirdly, if the Society, on behalf of walkers, acquiesces in such a reduction in the PRoW service, the people who set the Council's budgets, the elected members, will assume that we do not care, and will never know the depth of feeling among the public for the importance of PRoW. 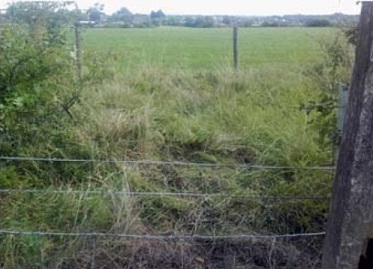 The Courts and Inquiries Committee has, in light of the attitude of DCC, decided that many more legal notices should be served on DCC to try to secure the removable of obstructions (s130A notices), and the repair of surfaces (s56 notices), where Inspectors and officers consider that faults seriously affect the use of paths by walkers, and DCC appears to have no intention of taking steps in the foreseeable future to resolve matters. This process has already begun. We will report on its effectiveness in subsequent editions of Signpost.

If you have any comments or queries, then please do contact me via mail@pnfs.org.uk

Next: Getting Started with Lost Ways