In the four months since May we have:

N.B. Ashover is a new area for our signs. We have been aided in this by our inspector Keith Feltham and his friend Richard Felton.

Finally, those who walk on Blacka Moor on the Totley side of Sheffield will have noticed that S276 has been cut down to half its former height and had its memorial plaque removed. This has been taken up with Nabil Abbas of Sheffield Wildlife Trust, who manage that area on behalf of the City. 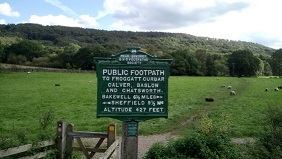 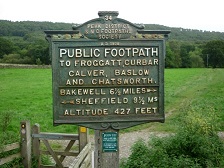