Ginnels and Snickets - and lots more besides 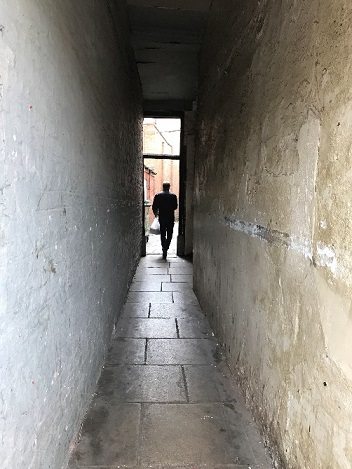 When I saw the postcard in the Autumn Signpost featuring Belper jitties and asking if anyone knew other regional names for alleys, I realised I could help answer the question. Why? It started a few years ago when I was giving a friend some directions. ‘And then you take the snicket....’, I told her. She looked blank. I explained that I meant an alleyway. ‘You mean a ginnel’, she insisted. This conversation started my search for more names, and last year I published a little book with my discoveries and the photographs I had taken around the country, and abroad. My snicket, I found, is used in Yorkshire and the North West. This was baffling, since I am a Londoner, but my mother spent the war years in Lincolnshire - could she have picked up the word in Grantham and passed it on to me? My friend’s ginnel is used in Yorkshire, Lincolnshire and Derbyshire – as are the variants gennels, jennals, and jennas - and although she is another Londoner this made sense, as her family spent some time in Leeds.

I started asking friends across the country for the words they used. From Belfast came back lanes and entries; from Scotland closes (or closies), vennels and pends. As a regular visitor to Orkney I was already familiar with the wynds I’d walked down there. And I realised that the chares of Durham and Newcastle sound remarkably similar to the chures (or chewars or tchures) of Oxfordshire, 250 miles away. The size of these alleys differs a lot, but common to them all is an absence of vehicles, other than the occasional bicycle, and the irresistible desire they inspire in me to find out where they are leading. 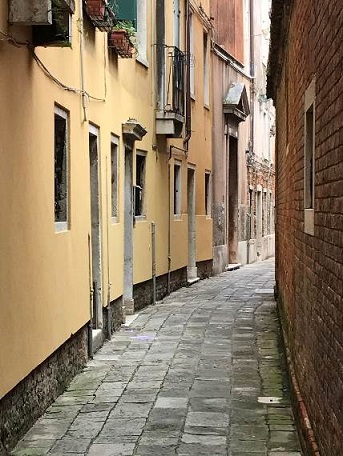 On a visit to the tiny Ile de Sein in Brittany I discovered a maze of rouelles, built to provide protection from the fierce west winds. And if, like me, you have ever got lost in Venice you will have scuttled down calle after calle, baffled by the height of their surrounding walls, or down a passageway under a building – that one is called a sortoportego. One day I would love to visit and wander down the hutongs of Beijing and the koochehs of Iran. Before then, however, I’m sure there’ll be a reason to experience the cunneries of Kirk Langley, the twitchells of Derbyshire (in Sussex they become twittens), the ten foots of Hull,

the lanes of Brighton and the scores of Lowestoft, as well as snickleways on both sides of the Pennines.

It’s a voyage of discovery which I look forward to continuing.

For more information about my book Ginnels and Snickets please email me: c_millington@yahoo.com (there is another artist’s book called Promising Paths – pictures and words about footpaths; but that’s another story!)

Next: Shining a Light on another PNFS-Affiliated Group – Bradford CHA