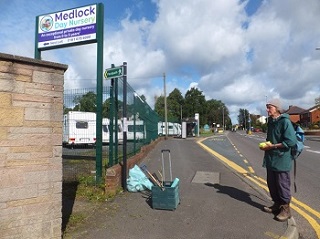 I read with interest David Hurrell's article where he had to stand up to allow a horse to pass him because it was frightened of him. This was on a lane in the countryside. I had a similar experience but this time on the pavement on the busy Oldham to Ashton main road. I am in charge of a group of RA volunteers including PNFS's Martin Riley, and on 5 September 2019 we were clearing a short urban path, Oldham FP50 as requested by the Oldham ROW Officer. I had left my green trolley, which I use for carrying tools, in the middle of the pavement. A lady on horseback came up from behind and asked me to move it as the horse would not pass as it was an obstruction! The horse trotted past and they went on their way. A first! 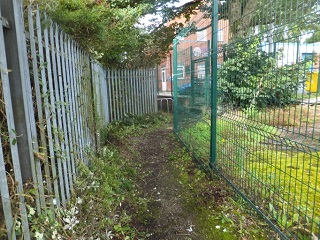 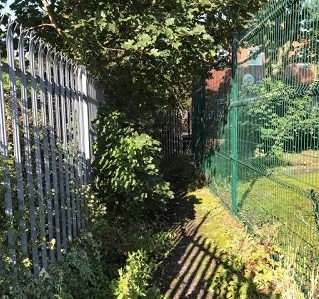 Photographs: Martin Riley and the offending trolley by John Walton (top) and FP50 before and after clearing by Mike Lawton and John Walton respectively (bottom)