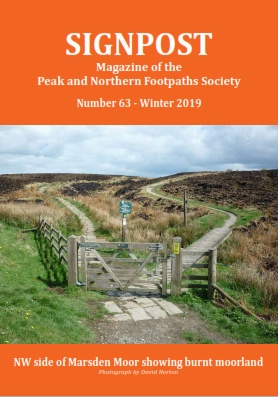 Our recent half year meeting was held in Sheffield for the first time to provide the opportunity for members on the east side of the Pennines an easier journey to the meeting.

This issue of Signpost is my fourth and marks the end of my first year as editor.

I have started a blog with a view to spreading the word about what PNFS does. The idea is to communicate something about the work that the society undertakes and which is often hidden from the world. 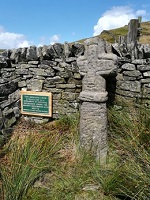 Any self-respecting rambler in the Peak District will know something about Edale Cross (grid reference SK 07717 86099) on the edge of Kinder Scout as it has been a landmark on the old packhorse trail between Hayfield and Edale since the twelfth century.

Help Shape the Future of Your Website
by Mel Bale

At the recent Half Yearly Meeting, there was a discussion about the society's web site.

Waders Not Required
by Andrew Harter

Many PNFS members will be aware of gaps in the RoW network where paths do not meet up. This extract from the current on-line OS Explorer map seems to show an example.

In August I heard from Derbyshire County Council that the metal barrier shown in the first photograph had been removed by the landowner.

In October 2017, a Strategy Day was organised by David Gosling to discuss ways in which the PHFS could extend its activities in new areas or do things differently or better.

It WAS dry when we left Macclesfield. The first indication that July's PNFS longer walk may not go to plan was when the board at Macclesfield Station showed the connecting train from Manchester and Stockport was running late. This could mean missing the bus up to the Cat and Fiddle where we were to start walking.

While taking a look at the Derbyshire online Register of Definitive Map Modification Orders I spotted one submitted by Wirksworth Town Council.

Old Humpy gets put back together again
by Ken Brockway

When the sun shines and there's good news on a path there must be a picture. Ironville FP13 is the towing path of the disused Cromford canal.

Will Mystery Solved
by John Harker

G H B Ward was a very early (pre-WW1) inspector for PNFS - indeed the only inspector east of the Pennines. On his death in 1957, his will left £36,000 to the Hallamshire Footpaths Society.

The PNFS has recently formed an Investment Subcommittee. Its remit is to advise the trustees on the Society's investment policy and strategy.

I read with interest David Hurrell's article where he had to stand up to allow a horse to pass him because it was frightened of him. This was on a lane in the countryside.

Alan Hooley
by Brian Hamilton, John Grimsey and others

Every Monday at Taylor House there is a dedicated team of volunteers. They are assessors who receive from local authorities a stream of footpath orders, consultations on proposed footpath diversions, closures and creations, objections, and other correspondence.

The Chesterfield Round
by Ken Brockway

It's nice to discover a new walking route close to home. On recent walks I had come across waymark arrows for the Chesterfield Round so decided to investigate.

In January this year a public inquiry was held in Carnforth over five days before a Planning Inspector to decide whether there was a public footpath above the sea wall at Browns Houses in Silverdale.

Murder on the Moors in 1838
by Brian Gerrard

On a pleasant day in January 2019 my group of intrepid retired teacher friends walked to a famous landmark, Winter Hill, to view the television mast, other aerials and the surrounding Lancashire landscape.

Reopening a Path in Calderdale
by Terry Norris 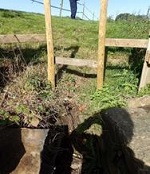 I was approached by our inspector for Brighouse in Calderdale who was concerned about the obstruction of a path from Lees Lane to the Whitehall Road (A58).

Book Review: How to Draw a Map
by Mel Bale 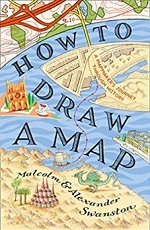 If like me you have a life long passion for maps you will probably find a book titled 'How to Draw a Map' hard to resist, but beware and remember the old adage 'Don't judge a book by its cover'. 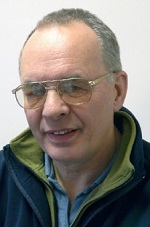 Harry has been a stalwart member of the Society and our principal contact with Staffordshire and Stoke on Trent going back to the days when Derek Seddon was chairman and making valiant and ultimately successful efforts to keep PNFS together as a viable organisation.

We are launching a new scheme aimed at all users of footpaths. We are inviting them to become path checkers.

One of the casualties of Storm Frank, which swept across the North of England on Boxing Day 2015, was Dinckley footbridge.

Your Society Needs You!!!

Trials and Tribulations of a Footpath Inspector
by Paul Easthope

I have recently taken over inspecting rights of way in Longdendale in the borough of Tameside. This turned out to be quite a contrast to Tintwistle in Derbyshire that I also inspect. 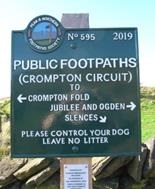 On 1 August 2019 the emergency at Toddbrook Reservoir put Whaley Bridge on everyone's map. Three months later, the dam is still under investigation and the pumps are still in place, but it's more or less business as usual in the town and people are trying to look forward rather than back.

The Club Vosgien seems to be the French answer to walkers' rights.

Signpost is edited and published for the Society by Shirley Addy, editor@pnfs.org.uk. Postal: contact via Taylor House, 23 Turncroft Lane, Offerton, Stockport, SK1 4AB. Design and Print by Lymetrees (Tel / text 07984 059150).
The views expressed in this newsletter do not necessarily reflect those of the Society