In Signpost No 56, February 2018, I described the successful objection by PNFS to an extinguishment order made by Derby City Council. This order was made following an application by Network Rail to close the section of Megaloughton Lane, a public footpath, where it crossed the Derby to London railway line. Of course PNFS is as concerned for public safety as Network Rail, but this order was made so that the speed of trains could be increased to shorten journey times by six seconds. 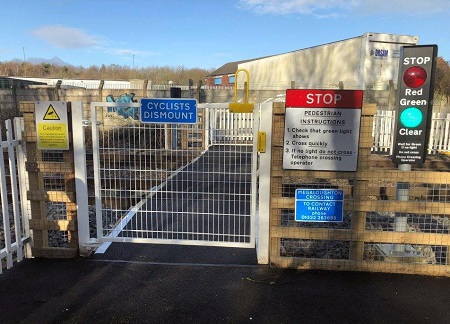 Since the extinguishment was not allowed, Network Rail has been looking at other ways to achieve its aims, and it was agreed by the City Council that the best way to do this was to create a new crossing about twenty metres away from the existing crossing. 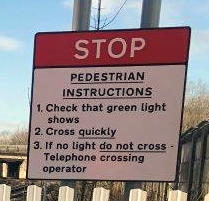 At long last, this crossing is now open. Use of the crossing is controlled by lights, as in the photograph. There is a phone provided for those people who do not have a mobile. At the moment the crossing is used by the public on a permitted basis, since an order to divert the path on to the crossing has not yet been made. This case shows how long such matters take to resolve, but that perseverance brings results.

Next: They Don't Build Them Like This Any More!