Recently I took over responsibility for answering the emails from PNFS Path Checkers and from the general public via our website. I wanted to continue to support the work of the Society while my role as the Short Walks organiser was temporarily suspended because of Covid restrictions. I took over on 1 July 2020 and between then and the end of the year we received 148 fault reports. The process involves locating the fault from the grid reference usually given, using the PNFS Footpath Inspection Database, identifying the Inspector, and replying to both the correspondent and the Inspector. It has certainly improved my geography and I have had contact with many PNFS members and inspectors. 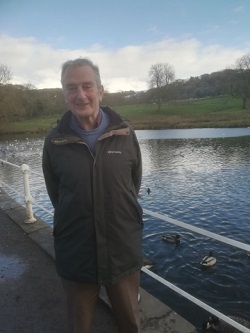 Using this process 129 of the faults were referred to 45 different PNFS Inspectors. Nearly all of them acknowledged receipt and the majority indicated their actions to the correspondent. Thanks are due to all the Inspectors who have responded to the faults reported; two in particular who have been helpful are Bill Parke with a multitude of parishes in the Derbyshire Dales and Tony Brackenbury with several large parishes in the High Peak. The remaining 19, which were for parishes with no inspector appointed, have either been sent to PNFS Area Officers, reported direct to the Highway Authority, or distributed to volunteers.

The majority of correspondence concerned the Peak District. Numbers were evenly split between North (Saddleworth) and South (Ashbourne and Leek) but with a marked decrease from west to east, with much fewer near Sheffield or Matlock. Perhaps there are other organisations operating here. A smaller number were from Lancashire where there are fewer Inspectors, particularly missing in Rochdale and Bury boroughs. Outliers with small numbers of reports were Bradford, Cheshire West and the North Lancashire/Cumbria border. The November lockdown brought a record amount of correspondence. It is important for PNFS to respond promptly to all the reports it receives, so let’s all hope for a more evenly spaced 2021.

Next: New Footbridge for Chapel-en-le-Frith FP77