I got my New Year's present on 4 January 2021 with a new footbridge which I have been asking for over two years. John Fisher had a complaint sent to him from a resident of The Wash and it was forwarded to me. A quick look at the the state of planks showed them to be breaking up and dangerous with a risk of a walker falling into the stream. I asked Derbyshire Council Council to have a look at it, stating it was dangerous. A temporary repair was made to the plank walkway in June and the new footbridge followed. The photographs show the planks in 2018, the broken walkway last June, and the other is the completed work. 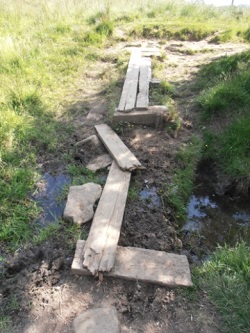 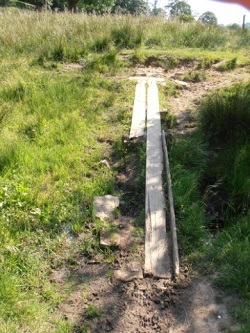 This walkway was reported back in 2018 along with a broken stile using the DCC's "Report a Fault" form. The stile was repaired in 2018, but when I looked at the fault number to check the walkway, it appeared to be still waiting to be done. What I can only assume is that this is a fault of their report system, in other words when you fill in their fault form it asks you if have another fault to report, as both problems were on the same footpath (Chapel FP77). I entered the second fault so both faults were given the same report fault number. Later someone marked up the work as being completed, hence the outstanding fault on the walkway appeared as being done. This is something that inspectors should look out for. Incidentally, I also reported another stile fault along the same footpath on the same form as used for the second report of the walkway. Both faults have been completed satisfactorily. 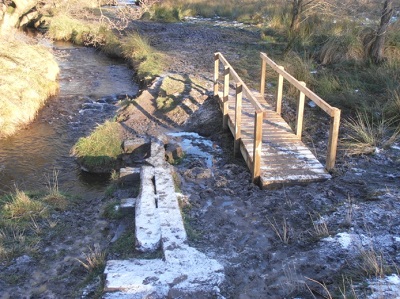