Further Trials and Tribulations of a Footpath Inspector

After forcing Tameside MBC last year to clear a number of paths in Mossley using Sec 56 notices we thought we had got through to them we mean business. Not so. We later asked for a further number of paths to be cleared of surface obstructions. They said that they had spent their budget for the year but they would schedule the work for their new financial year starting April 2021. After much prevaricating they have informed us the work will be completed by September 2021. We feel this is not good enough. Our Courts & Inquires Officer for Tameside has been given authority by the C&I committee to again issue Sec 56 notices to Tameside MBC to have the paths cleared. 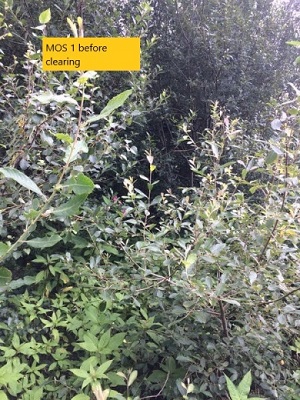 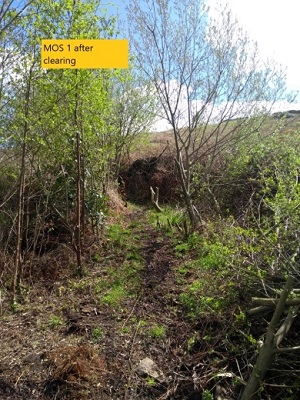 Having again become extremely frustrated with Tameside MBC both myself and another new member in Mossley decided to clear some of the more easier paths ourselves. Our first path was MOS 1 a useful path part of the Tameside Trail/ Oldham way. The western end where it leaves the Tameside Trail had become completely overgrown. The landowner actively discourages walkers by placing obstacles on the path at the rear of their cottage and moving the finger on the signpost on Lees road through 180 degrees. Our next path was MOS 143 just off Stamford Street at Mossley Cross Completely overgrown the whole length. We are hoping this will again become a well walked path. The next path was a short stretch of MOS 95 at the southern end where it leaves MOS 94. A useful short cut to MOS 96. Please try and walk the paths we had cleared last year behind the old Hollins College and the above three paths. Although mainly an urban area there are some very pleasant paths on the hillsides above the valley. 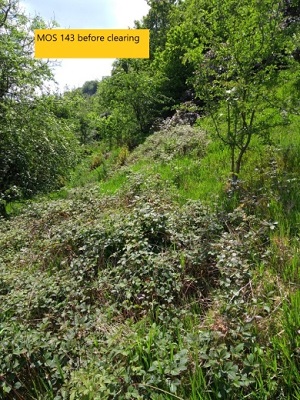 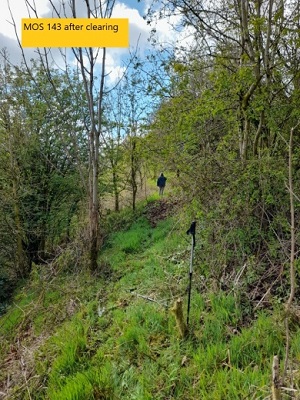 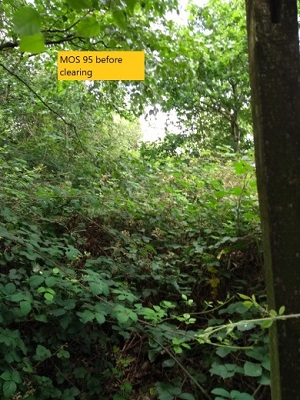 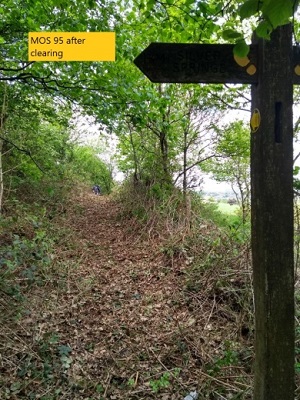